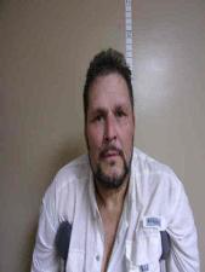 CHARLES CITY — A Florida man who was arrested last month after gunshots were fired at a Charles City hotel has pleaded guilty and been sentenced.

The Charles City Police Department says they were called to the Super 8 Motel in the 1400 block of South Grand Avenue at about 10 o’clock on Saturday night April 17th after a report of gunshots, with officers evacuating the rooms surrounding the one where the gunshots were heard. Police contacted the suspect in the room by telephone, with the suspect surrendering.

On further investigation, it was found that a gun was fired six or seven times inside the room, damaging the walls, electronics and plumbing, with none of the bullets going through the walls into an adjacent room. 52-year-old Harry Luciow of Southport Florida was charged with second-degree criminal mischief and reckless use of a firearm.

Luciow originally was scheduled to have his arraignment hearing on Tuesday in Floyd County District Court, but he recently pleaded guilty to the charges, with Judge Peter Newell sentencing Luciow to 30 days in jail with credit for time served followed by three years probation. He must also pay full restitution to the motel.