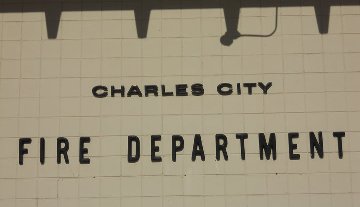 CHARLES CITY — A rural Charles City home has been destroyed by fire. The Charles City Fire Department says they received a call about a house fire from a passerby at 2455 Miner Avenue, southwest of Charles City, at about 12:10 Thursday afternoon.

On arrival smoke and fire was visible from the exterior of the home, with firefighters believing that the fire had a significant head start prior to the report. Nobody was at home at the time of the fire.

The home, owned by John Ruzicka, suffered fire, smoke and water damage and is being called likely a total loss. The cause of the fire remains under investigation, but it’s believed to be due to spontaneous combustion of oily rags that were not in a proper container in the residence.