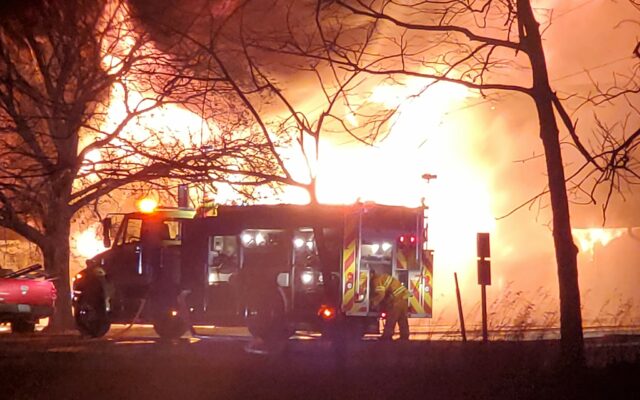 ROCKFORD — A fire on Saturday night destroyed an office and storage building at a feed mill operation in Rockford.

Firefighters were called at about 9:30 PM to HE Trettin Incorporated at 1379 Winnebago Road where they found a fire at the business.

Kenneth Trettin of HE Trettin stated in the Rockford Fire Department’s Facebook post about the fire the company’s thanks to the fire departments of Rockford as well as Marble Rock, Rudd, Nora Springs and Floyd for responding to the fire.

He stated in the comment that there was nothing that could be done to save the office and storage building by the time the fire was discovered, but he says the nearby feed mill was able to be saved due to the quick response by firefighters.