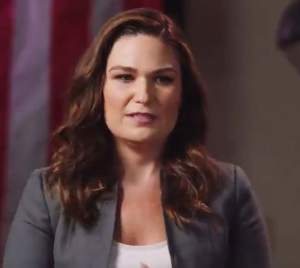 “Immediate action that could be felt across Iowa and across the country for the families who need it most,” she says.

According to AAA, the average price in Iowa for unleaded gasoline is $3.16 a gallon. Finkenauer, a Democrat from Cedar Rapids, says the 18.4 cents per gallon tax should be suspended while oil companies are investigated over allegations of price gouging.

“As folks are struggling right now with gas prices as they are and as they continue to rise even though we’ve seen the price of oil go down, I just want to make sure that we have leaders in D.C. who are holding those companies accountable if they are doing something wrong, but again aren’t just yelling about the problem but are also trying to find solutions for families who need it right now.”

In 2008, presidential candidates Hillary Clinton and John McCain both proposed a gas tax holiday, while Barack Obama called the proposal a short-term quick fix that did nothing to address underlying problems in the market. Finkenauer says she’s not calling for getting rid of the federal tax forever, but a temporary suspension.

“We need an immediate fix,” Finkenauer says, “and we need something that can be felt during the holidays and that’s why this is so important here.”

To make up for the reducton in the federal gas taxes that pay for transportation projects, Finkenauer says congress should immediately close tax loopholes for American corporations that outsource jobs to other countries. Finkenauer is one of four Democrats running for their party’s 2022 U.S. Senate nomination and the chance to challenge Republican Senator Chuck Grassley’s bid for an eighth term.