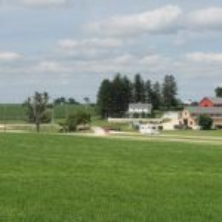 DES MOINES — The grant money awarded for production of a “Field of Dreams” TV series in Iowa will be redirected to another tourism-related project.

The TV series was to be a “prequel,” featuring stories about characters in the Field of Dreams movie. In late June, Governor Reynolds announced the project was getting $6 million from Destination Iowa, a state grant program financed with federal pandemic relief money. Universal pulled its financing for the Field of Dreams series days later.

The executive producer of series told the Des Moines Register the project is suspended indefinitely and his team didn’t want to keep the $6 million in limbo when it might be used on another project.

A spokeswoman for the Iowa Economic Development Authority says applications for about $28 million in Destination Iowa grants are still open, but the deadline to apply is December 31st of this year.

The Field of Dreams series was to be filmed in Polk, Boone, Mahaska, and Clinton Counties. Destination Iowa grants are to reimburse expenses, so none of the $6 million in grant money was spent on the never-produced series.