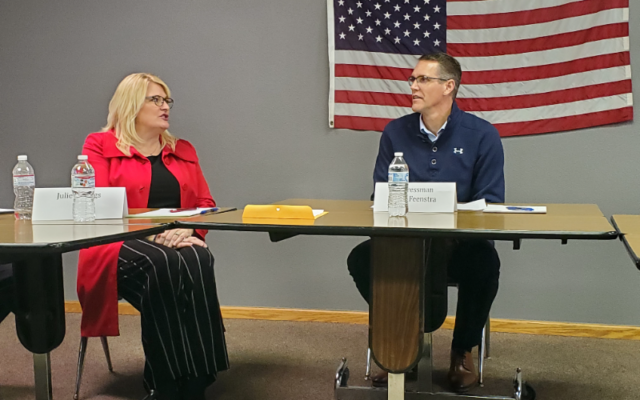 Iowa Congressman Randy Feenstra is pushing to expand a 2018 law about a new technology that processes data dramatically faster than traditional computers do. It’s called quantum computing and it has the potential to improve existing industries — and create new ones.

“This is the fastest computing apparatus that is in the world and we always talk about health care and we talk about financials and all of this other stuff that quantum computing can do,” Feenstra says. “And I said, ‘Well, wait a minute. When you look at quantum molecular simulations, you can start modeling with fertilizer, with input costs for agriculture.’”

Here’s how the concept works: computers use quantum mechanics to store data on what are called subatomic particles — basically the fragments of atoms. Quantum computing has the potential to process data in seconds that would take a traditional computer days or even months to sort. Congress is expected to reauthorize the government’s National Quantum Initiative in 2023. Feenstra says agricultural applications need to be specified.

“I don’t want agriculture left behind when we start talking about the efficiency and effectiveness of quantum computing,” Feenstra says. “…The next generation, this is what it’s all about, is how we can be more efficient, more effective in what we can do on the farm and we can do that with quantum technology.”

Feenstra made his comments during an appearance on KMA earlier this month.

Federal spending on quantum information science has doubled in the past two years. Feenstra says it has the potential to expand battery storage and create more effective medications as well as create the next generation of farm fertilizers.