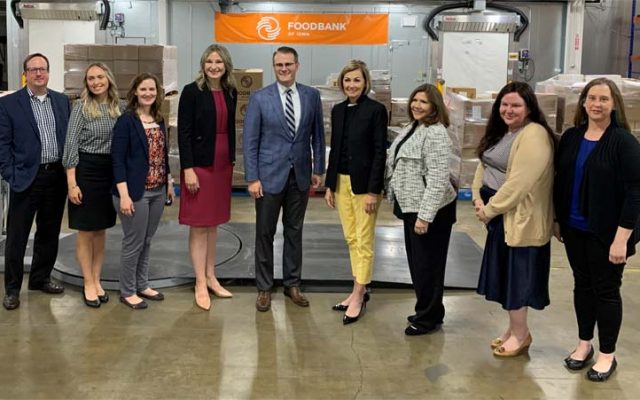 DES MOINES — Officials say over 400,000 Iowans are food insecure and demand at Iowa food pantries and the six food banks around the state remains 50% higher than it was before the pandemic.

“The impact of Covid-19 continues as food insecurity is expected to be a part of reality in Iowa and nationwide,” Gorkow said. “…One unfortunate life situation or unexpected disaster could put most any of us in the need of food assistance.”

The governor established a Feeding Iowans Task Force in April of last year and the group issued a final report Wednesday to provide a tally of the food it rounded up and the government funds spent on the effort. .

“I want to be clear. We’re not saying we’ve solved hunger in Iowa forever more, but instead we want to use the relationships we’ve built and the connections that we’ve made to continue this conversation in other forums,” said Lieutenant Governor Adam Gregg, the leader of the task force.

Some task force members will be added to the state team that develops plans for emergencies, “so we can continue these conversations in other forums to improve our response,” Gregg said.

Lori Williams of the Department of Homeland Security and Emergency Management said, for example, the task force arranged for volunteers to take bulk purchases of rice, oatmeal and pasta and repackage it for distribution at food pantries. That effort was expanded in August to repackage food that didn’t have to be refrigerated for victims of the derecho.

“We often say in emergency management that during the disaster is not when we want to exchange business cards,” she said. “We to build those relationships ahead of time and so we’re going to continue the momentum from this task force and its relationships to support disaster feeding activities in the future.”

The lieutenant governor said the state will soon distribute another $5.5 million to the state’s smaller food pantries.