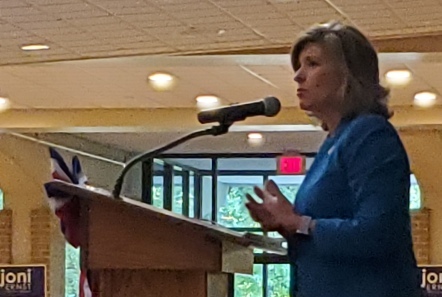 “I did visit with the president actually, again, two nights ago on this issue and several other issues, but largely focused on the RFS,” Ernst said during a telephone conference call with Iowa reporters. “And the president is upset that this is not the same formula that we agreed on in the Oval Office.”

Ernst said there is what she calls “an opportunity for correction,” but she’s not sure now is the time for that to happen. A public comment period is currently underway on the EPA’s mandate on ethanol and biodiesel production in 2020.

“When I spoke to the president the other night, we would be circling back up, so I do anticipate that between the White House and the staff that’s actively working on the RFS, we’ll be able to visit again with them,” Ernst said.

Ernst and Iowa’s other U.S. Senator, Chuck Grassley, have filed written statement today with the EPA, urging agency officials to “uphold their end of the bargain” that Trump struck with the biofuels industry.

“I think with overwhelming support, we can hope to fix this error that has been made, you know, it’s not an error. I think Andrew Wheeler, of course, did it on purpose,” Ernst said.

Ernst has previously called for EPA Administrator Andrew Wheeler’s removal if the EPA doesn’t adjust its biofuels plan to conform with the expectations set during an Oval Office meeting in September.