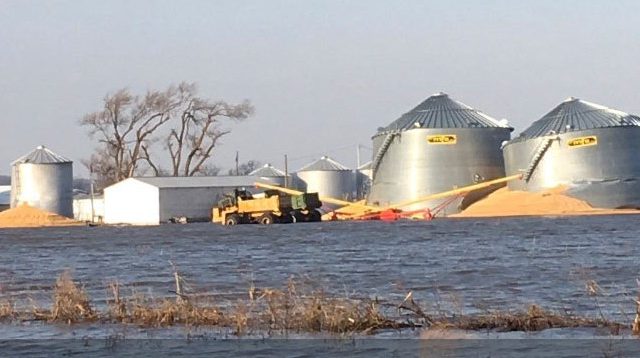 SIOUX FALLS — The risk of spring flooding along the Missouri River in western Iowa remains above normal, according to the National Weather Service’s second spring flood outlook, released Thursday.

The next few weeks look generally dry. Mike Gillisipie, a hydrologist with the National Weather Service in Sioux Falls, South Dakota, says snow has been melting at a steady, ideal rate, and that could continue. Gillispie says, “The longer we can keep this up, the less chance there is of that real significant flooding, barring any real big, heavy future precipitation.”

Very wet soil and the large volume of water flowing down the Missouri are the two things contributing to the above-normal flood risk along the river. If the snow continues to melt steadily rather than rapidly, Gillispie says it would be better for the Missouri River and its tributaries, kind of like turning a sink on and off.

“If you turn it up, if you have a real rapid snowmelt, all that water comes off at once,” he says. “If you have temperatures getting up into the 40s during the day, dropping back below freezing at night, it’s like turning the faucet on just a little bit and then shutting it off.”

The Missouri River from below Sioux City to Omaha has an increased chance of getting to flood stage this spring. Northwest Iowa tributaries, including the Big and Little Sioux Rivers, are expected to rise to major flood levels.