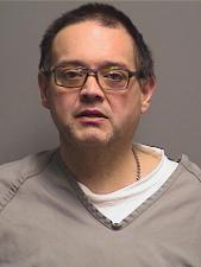 EAGLE GROVE — An Eagle Grove man has been sentenced to more than 12 years in prison on federal meth and gun convictions.

The US Attorney for the Northern District of Iowa’s office says evidence showed that from about 2017 to October 2019, Hernandez distributed at least 750 grams of meth mixture in the Wright County area.

On April 29th 2019, Hernandez was arrested in Webster County on an arrest warrant for a state probation violation. During that arrest, officers seized over seven grams of meth.

Hernandez also distributed over six grams of meth on two occasions in June and August 2019 to individuals cooperating with law enforcement.

On August 15th 2019, Hernandez was arrested in Fort Dodge for an outstanding warrant, and during that arrest, officers seized a bag under a car seat which contained small quantities of meth and heroin, as well as a 22-caliber semi-automatic pistol with a homemade silencer affixed to the barrel.

US District Court Chief Judge Leonard Strand has sentenced Hernandez to 152 months in prison, followed by a four-year term of supervised release.