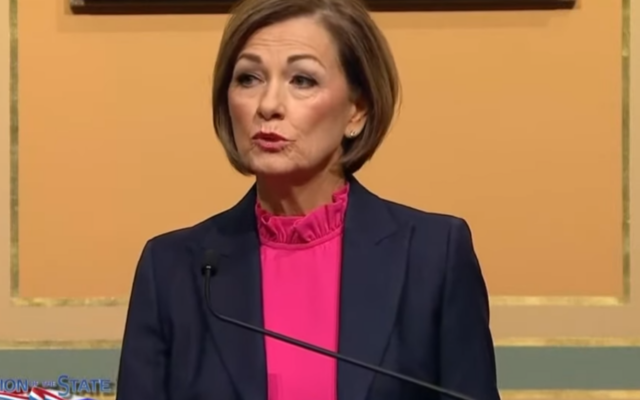 CLEAR LAKE — Governor Kim Reynolds is confident the production of the “Field of Dreams” TV show will move forward despite the setback last week that the Peacock Network had dumped the show.

Reynolds awarded $6 million to Universal Television through the Destination Iowa program toward the development of the television series which is planned to be filmed in Iowa at sites in Polk, Boone, Mahaska and Clinton counties. It also includes the construction of a ball field and refurbishing of a farmhouse in Polk City.

Reynolds says Universal Television is looking at other opportunities to shop around the show to other networks.  “Nothing has been allocated, it’s always on a reimbursement basis, so we’re not out anything. Our hope is that they can find somebody else to do it, and it looked like they were still working on the field. It would be great for the next generation of Iowans and Americans to help drive the story and to continue to make Iowa a destination spot for that. We’ll follow it, and I know they are looking, and we’re hoping that they’ll find somebody else to pick it up.”

Reynolds says the “Field of Dreams” project would be a big boost to promote bringing television and film productions to Iowa.  “It was huge, and they were using all local, and just the construction, so it was a really positive thing. As we said, it would kind of be the next generation that we could remind them about the Field of Dreams, and ‘Build it and they will come’ and “Is this heaven? No it’s Iowa’, so it’s the same kind of narrative that we want to keep pushing.”

The series is to be a prequel based on the 1989 movie that was shot in part in Dyersville, where the baseball field surrounded by a corn field remains a tourist attraction. Due to scheduling conflicts with Major League Baseball’s use of the Dyersville site, no filming was expected to take place there.

Reynolds made her comments before the 4th of July parade in Clear Lake on Monday.