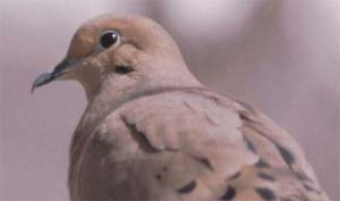 DES MOINES — The Iowa dove hunting season opened up Wednesday. Iowa Department of Natural Resources wildlife biologist Todd Bogenschutz says the weather should work out for hunters to see a lot of birds.

“Doves are already probably already starting to migrate south, and sometimes that can impact us here if we’ve had some really cool nights. A lot of doves may’ve flown south of Iowa. But given the weather we’ve had this year — I’m thinking that’s probably not the case,” Bogenschutz says.

Bogenschutz says the key to dove hunting is to check out your food plot hunting sites before you take the gun out. He says you want to scout the plots and he says the pots managed by the DNR are all up on a website. He says the weather could’ve made those plots less inviting to dove.

“There’s been a few spots in the state where we’ve had hail damage and that might impact the plots, and just how well they grew” he says, “and it has been kind of dry, especially up in northern Iowa.” Bogenschutz says the number of birds taken has been pretty consistent in the last several years. He says last year hunters took around 82,000 doves and 85,000 the year before and he says there have been around 10,000 hunters.

Bogenschutz says you can find all the information you need about the season on the DNR website.