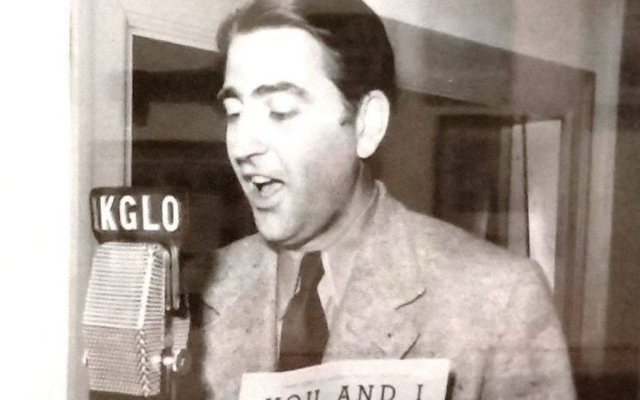 MASON CITY — Mason City-born composer and playwright Meredith Willson is the focus of a new documentary that will premiere next month right here in River City.

Caryline Clark, engagement manager for Iowa PBS, says “Meredith Willson: America’s Music Man” follows his long and distinguished career as well as his devotion to his home state. “It’s beautiful,” Clark says. “It highlights so much of Meredith Willson’s accomplishments, his work as a musician, a conductor, a composer and Iowa’s champion on Broadway. It’s a great historical look back at Mason City and the Willson family and it’s full of great, incredible interviews.”

The documentary will air statewide on Iowa PBS on February 28th at 6:30 p.m. but there will also be two special early showings on the big screen, the first of which will be held in Willson’s home town. That world premiere is scheduled for 1 P-M on February 11th at Music Man Square in Mason City.

“Following that hour-long documentary, attendees can visit the Meredith Willson Museum, explore the 1912 replica streetscape featured in ‘The Music Man,’” she says, “and then Iowa PBS and Friends of Iowa PBS are treating attendees to a sundae from the iconic ice cream parlor.”

An Iowa City premiere of the documentary is scheduled for the following day, February 12th at 1 p.m. in the Voxman Music Building on the University of Iowa campus. “This screening in Iowa City will include some special exclusive features related to the marching band,” Clark says, “and following the screening, people will have the chance to look at historical artifacts from Meredith Willson that are featured in the film, and we’ll serve refreshments at that event also.”

Clark says Iowans who’ve made the journey to New York City to see Willson’s most famous musical will recognize a familiar voice in the documentary. “It will be narrated by Tony Award winner Sutton Foster, who has spent the past year actually as Marian the Librarian in the current Broadway revival of Meredith Willson’s ‘The Music Man’.”

First appearing on Broadway in 1957 and adapted for film twice, “The Music Man” took Willson eight years and 30 revisions to complete — and he wrote more than 40 songs for it. Seating is limited at the two free screenings so people who want to attend need to register in advance at: iowapbs.org/events