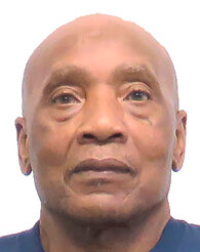 FILE - This undated file photo released by the Iowa Department of Corrections shows Gentric Hicks, an inmate at the Anamosa State Penitentiary in Anamosa, Iowa. Lawyers for Hicks, 74, maintain that he was wrongly convicted of first-degree murder in a 1976 slaying, but recent DNA testing on an orange hunting cap that the killer left at the crime scene was inconclusive and failed to exonerate Hicks. (Iowa Department of Corrections via AP File)

ANAMOSA, Iowa (AP) — Testing on a cap worn by the presumed killer of a man 45 years ago has failed to exonerate a prisoner who maintains his innocence in the fatal 1976 robbery.

It’s the latest setback for lawyers hoping to prove Iowa’s first wrongful conviction based on DNA.

Recent court-ordered testing found Gentric Hicks cannot be excluded as one of at least two people whose DNA is believed to be on the orange hunting cap. But the finding is inconclusive and does not rule out Hicks’ late half brother, whom a key witness initially identified as the killer, because authorities do not have his DNA on file.

Hicks is serving life at the Anamosa State Penitentiary.