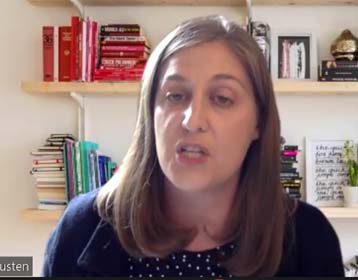 DES MOINES — Governor Kim Reynolds says she’ll appeal an Iowa district court judge’s decision on Tuesday that blocks a law requiring a 24-hour waiting period for abortions in Iowa. Republican legislators and Governor Kim Reynolds approved the law in 2020, but it never took effect due to the lawsuit filed by Planned Parenthood and the American Civil Liberties Union.

“The decision today is really essential for protection abortion access for Iowans,” Rita Bettis Austen, legal director for the ACLU of Iowa, said during an online news conference.

Reynolds said the district court “wrongly struck down our efforts to protect all innocent human life” and she’s confident her appeal will succeed in making the policy state law. Under the policy, women seeking an abortion to make two appointments with a doctor, one to sign a form and a second for the abortion. Bettis Austen said the district court’s ruling found the requirement similar to the 72-hour waiting period the Iowa Supreme Court struck down in 2018.

“Both laws require Iowans who are seeking abortion care to have a medically unnecessary second trip to the clinic before they’re able to access their care,” Bettis Austen said.

“Iowans seeking abortion must find reliable transportation, sometimes drive for hours take time off work, arrange child care among other things,” she said, “and then they must also find a time that works with the provider’s scheduling.”

Burch Elliott told reporters a two-appointment requirement could have put many women past the 20th week of pregnancy.

Current state law bans abortions after 20 weeks. The district court ruling also notes the new abortion limitation was added to another bill on the final weekend of the 2020 legislative session.

“Anti-abortion lawmakers in Des Moines rushed this medically-unnecessary and harmful legislation, mind you, in the dead of the night,” Burch Elliot said.

In 2018, the state Supreme Court declared a 72-hour waiting period unconstitutional. The justice who wrote the opinion died in 2019 and Republican Governor Kim Reynolds has since appointed a majority of the justices on the court. The ACLU of Iowa’s legal director said she’ll argue the precedent of that 2018 ruling still stands. Reynolds, in a written statement, said she’ll work with her legal counsel to appeal this recent decision “and I believe we can win.”