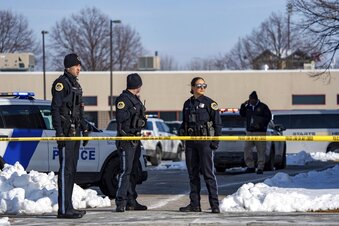 DES MOINES, Iowa (AP) — Police say that the killing of two students at an alternative education program for at-risk youth was a targeted shooting that stemmed from an ongoing gang dispute and that one man has been charged.

Police say two males ages 18 and 16 were killed Monday when an 18-year-old shot them at the Starts Right Here program in Des Moines. The founder of the program was seriously wounded. He is 49-year-old William Holmes, who goes by the stage name Will Keeps.

Police say Preston Walls has been charged with two counts of murder and one count of attempted murder. Police say the shooting was the result of an ongoing gang dispute.