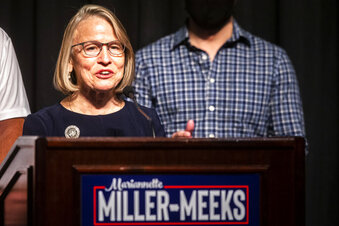 IOWA CITY, Iowa (AP) — A Democrat trailing by 47 votes in the nation’s tightest congressional race says her campaign will request a full recount across the southeastern Iowa district.

Rita Hart’s campaign noted Thursday that her contest against Republican Mariannette Miller-Meeks has been marked by two tabulation errors that, when discovered, flipped the lead between back and forth in recent days.

Hart campaign manager Zach Meunier says that voters “deserve to know categorically that their ballots have been accurately counted” and the campaign will request recounts in all 24 counties in the district.