Democrat Greenfield raises $1.1M in race for US Senate seat 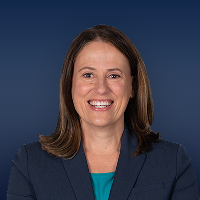 Greenfield, a Des Moines-area businesswoman, ended the quarter with more than $1.2 million cash on hand. The $1.1 million marks somewhat of a slowdown in fundraising pace from the first quarter, when she launched her campaign and subsequently raised more than $625,000 in less than a month, but it matches what Ernst raised during the second quarter of the year.

Greenfield’s campaign says 92% of her contributions this quarter were $100 or less, and noted she’s significantly outpacing what Ernst raised around this same time during her first run for Senate.

Greenfield is one of four Democrats competing to take on Ernst, but she’s received the support of a number of national Democratic groups.

Ernst is seen as a top target for Democrats next fall, though the Republican senator enjoys a high approval rating in multiple polls.