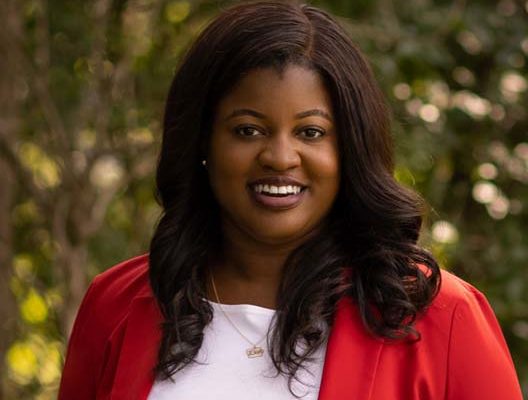 DES MOINES — Deidre DeJear, the Democratic candidate for governor, says some of the state’s surplus should be directed to improve the state’s mental health care system and other priorities.

“(This is) $1.5 billion dollars of your taxpayer money is sitting in an account that this current governor is calling a trust fund…That’s Iowa’s ‘Rainy Day’ fund and it’s raining in our state on mental health care, on education, on health care, on child care,” DeJear said in a speech at The Des Moines Register’s Political Soapbox at the Iowa State Fair over the weekend, and also appeared at the Iowa Democratic Wing Ding in Clear Lake on Friday night.  “We have to have leadership who’s going to put your resources to work.”

DeJear made her comments during a speech at Th

DeJear told the crowd she recently spoke with a man who was trying to get mental health services for his son, but the only in-patient treatment available in Iowa was a six hour drive away and the first available appointment with a psychiatrist was in two months.

“We see suicides are up across this state and we don’t like it,” DeJear said. “…Our cops are telling me: ‘Deidre, we’re coming quasi mental health care practitioners. That’s not what we signed up for.’ In our rural communities our county jails are becoming holding facilities for people with mental health challenges. We can do better than that, can we not, Iowa?”

Republican Governor Kim Reynolds signed a bill in 2019 that created the framework for a children’s mental health care system. DeJear says under her opponent’s leadership, Iowa has made little progress.

“We have less than 30 child psychiatrists for a population of more than half a million students in this state. Is that right? Can we do better?” DeJear asked the crowd listening to her speech at the State Fair.

In response, Iowa Republican Party spokesman Kollin Crompton called DeJear a “radical Democrat” who has “spent her time tweeting,: while Governor Reynolds “has been meeting with thousands of Iowans every day at the Iowa State Fair.”