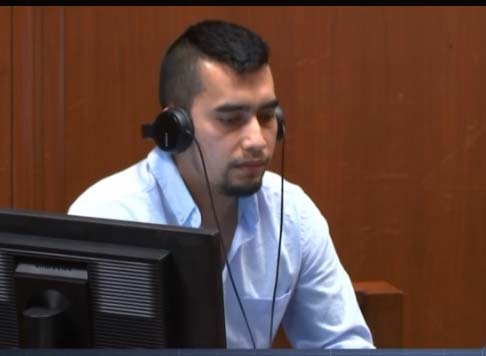 MONTEZUMA — A judge says he’ll rule by today on whether the defense attorneys for the man convicted of murdering Mollie Tibbetts should have access to state investigation records in two other cases.

The attorneys for Cristhian Bahena Rivera say they learned hours after a jury convicted Bahena that another man was claiming he killed Tibbetts. Attorney Jennifer Frese suggested there may be a link with the case of a missing 11-year-old boy from Montezuma.

“Three people have vanished out of thin air in this small rural county: Mollie Tibbetts, Xavior Harrelson, and the woman that reported being abducted in May of 2018 and being sex trafficked,” Frese said.

Scott Brown, the lead prosecutor on the case, said Bahena’s attorneys are on “a fishing expedition.”

“This whole issue that they raised with Xavior Harrelson. That is a pending investigation,” Brown said. “The fact that they would put this information in a public document, which we did try to get ahead of, is unconscionable in my mind.”

Brown said he offered to stop the trial in May after learning two people had claimed to have heard another man confess he was the one who killed Tibbetts, but Bahena’s attorneys declined. Brown called the account Bahena’s lawyers presented in court Thursday “confusing.”

“No evidence supports it. None,” Brown said “Zero!”

Bahena was to be sentenced today, but the trial judge granted a delay to consider the request to pursue new leads in the case. Chad Frese, one of Bahena’s attorneys, also suggested prosecutors sat on information about a woman who says she was kidnapped in Brooklyn two months before Tibbetts was abducted.

“There’s evidence here that 10 kids in this area have gone missing. We’ve provided that,” Frese said. “There’s something rotten in this area.”

After today’s hearing, Frese told reporters it’s no coincidence that 11-year-old Xavior Harrelson disappeared near the end of Bahena’s trial.

“The facts are so in line with one another through what Cristhian has said since day one, through what witnesses are now saying,” Frese said. “It just lines up perfectly.”

A hearing is tentatively scheduled for July 27 to consider defense motions for a new trial. Frese said new information indicates two jail inmates and a house in New Sharon that was allegedly used for drug deals and sex trafficking at the time of Tibbetts’ death are connected.

“We had people come forward and give us information…We have people out there helping us…They learned that James Lowe, at one point, was residing with Xavior Harrelson’s mother,” Chad Frese told reporters. “…We were able to corroborate that with court filings, things of that nature.”

Frese asked the judge to order state officials to give Bahena’s defense team records of several other investigations that could be connected to Tibbetts’ disappearance. Brown, the prosecutor, blasted Frese for revealing details of the state’s on-going investigation of Harrelson’s disappearance in open court.

“If they want to go knock themselves out trying to find out all of this confusing information that’s just been presented to the court, go right ahead and do it,” Brown said in court, “but there is nothing in the rules, nothing in the case law that compels the state to chase its tail because they’re asking us to do it.”

On May 28, a jury found Bahena guilty of first degree murder, which carries a mandatory sentence of life in prison.