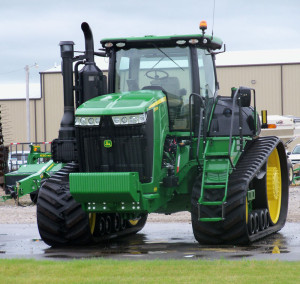 QUAD CITIES — Deere and Company says the second contract offer just rejected by union workers is the company’s “best, last and final offer” and representatives of Deere will not return to the negotiating table. Jennifer Hartmann, a spokesman for the company, said Deere listened to production and maintenance employees after the first tentative agreement was overwhelmingly rejected a month ago.

“What is in this agreement now meets those concerns and issues that were brought to our attention,” Hartmann said.

Ninety percent of union workers rejected Deere’s first contract offer. The second offer, which included immediate 10% raises and a bonuses of $8500, was rejected by 55% of UAW members.

“We’re encouraged by the fact that seven out of the 11 units voted to ratify the contract,” Hartmann said.

According to social media posts, a majority of the UAW members at Deere plants in Ankeny, Davenport and Ottumwa voted to approve the deal, but it was rejected by workers at plants in Dubuque and Waterloo as well as two Deere facilities in Illinois. The tallies at other union locals out of state have not been made public.

According to a statement from Deere, the company’s second contract offer would provide workers with an additional $3.5 billion over the next six years. The UAW issued a brief statement after the tentative agreement was voted down Tuesday, saying the strike against Deere would continue as the union discusses “next steps” with the company.