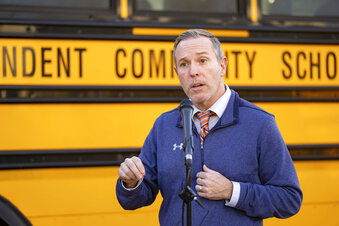 DES MOINES, Iowa (AP) — Iowa’s largest school district has canceled classes for a second day due to an apparent cyberattack on its computer system.

Des Moines’ interim school superintendent, Matt Smith, said Tuesday that technicians were working to protect data and restore the system, but that Wednesday classes have been canceled for the district’s roughly 30,000 students.

Smith says officials received an alert Monday about a possible “cybersecurity event” that led them to cancel classes Tuesday and then to keep schools closed Wednesday. On Tuesday night, the district announced that school would reopen Thursday.

Although there are plenty of questions about what happened, Smith says officials believe the payroll system is safe and that its nearly 5,000 teachers and staff can be paid.