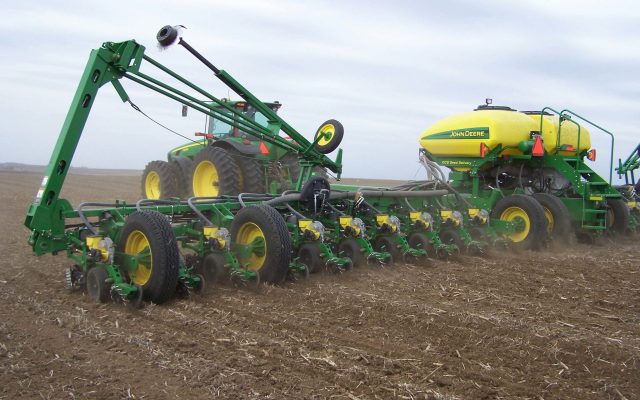 DES MOINES — There’s some concern about the slow seed development for corn that’s already planted due to the recent cooler conditions.

Iowa State University Extension and Outreach Crops Specialist Joel DeJong covers northwest Iowa. He says some fields have been planted for three weeks. “We had a really nice spell the first five or six days of April where it was nice and warm every day, and everybody got jumpy and itchy about getting some fieldwork done,” DeJong says. “Not many people planted, but a few people did and we haven’t had enough growing degree days since then to actually get any of those seeds out of the ground. Right now they are still below the surface.”

He says the worry is the seeds will never come up. “The longer it is in the ground before emerging does create higher risk, and sometimes it is a negative thing,” according to DeJong. “We might’ve been dry enough that perhaps it didn’t cause a big risk for us. It’s a watch and see thing,” he says.

DeJong recently got into a field and check the seed in the ground. “It was about a quarter-inch shoot on it. So it has not moved very much. It’s still got almost two inches before it hits the surface. We’ve got a long way to go before we are going to see those crops — unless it stays really warm every day — then we might see it go quicker,” DeJong says.

He says there weren’t any other problems he noticed other than the lack of growth. “The few seeds that I dug out of the thousands that are out there — they all looked good — so hopefully the rest are looking good and hanging in there,” DeJong says.

DeJong says farmers are still within the window of opportunity for ideal crop development with maximum yields, but he says we do need some warmer weather. The weekly crop condition report out Monday showed farmers statewide have planted 20 percent of their intended corn crop.