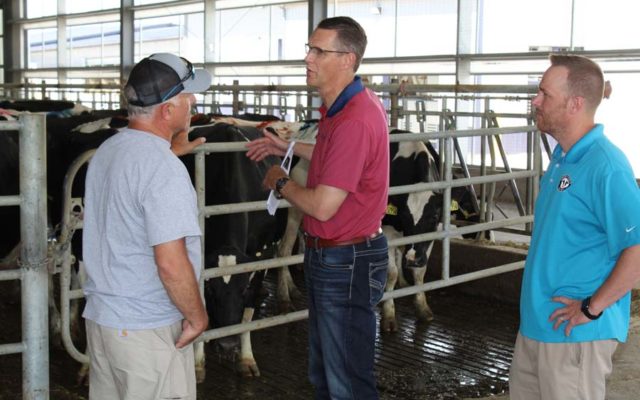 Le MARS — Iowa Congressman Randy Feenstra says it’s time for a federal law that ensures any product labeled as “milk” came from dairy cows or other livestock, not from plants.

U.S. milk consumption dropped 15% between 2012 and 2017, while sales of alternatives made with almonds, oats, coconuts, and rice grew by 60% over that five-year period. Feenstra says using the word “milk” for those plant-based products blurs the line for consumers.

“That’s why it’s so important that we have the educational process,” Feenstra says, “and that people understand where milk is coming from and what is can do for nutrition and for schools and for everybody that is involved.”

The federal School Milk Program was established in 1955. It reimburses schools, child care institutions and eligible summer camps for the milk served to children and teenagers. Feenstra, a Republican from Hull who represents Iowa’s fourth congressional district, visited an open house at the Perry Creek Dairy Farm near Le Mars last this week.