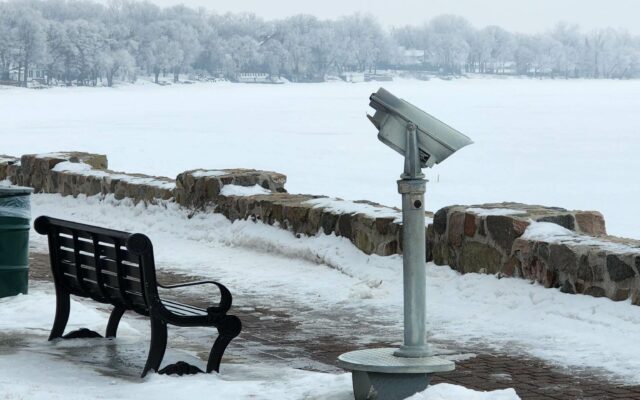 CLEAR LAKE — Clear Lake city leaders over the weekend received the news from the National Park Service that the city’s downtown seawall has been placed on the National Register of Historic Places. The seawall was constructed in 1936 as a Works Progress Administration project and received its first renovation last year.

Mayor Nelson Crabb says the city and the Clear Lake Historical Society are happy to see the iconic gathering place be recognized.   “People will go down there and sit and stare at the lake, but they have to go to the seawall to do that. Pictures are taken there, graduation pictures, wedding pictures, you name it, they all occur right at that what we call a seawall.”

Crabb commends the work by TNT Tuckpointing & Building Restoration of Stockton in eastern Iowa, who finished the project under budget and ahead of schedule.   “Actually finding field granite that came from this area and then going into the actual mortar of years ago, testing that somehow, and using mortar that was almost identical, if not identical, to that which was used back in 1936. It really is quite an authentic restoration.”

The seawall replaced the former White Pier, which was destroyed by a tornado in 1931. It was placed on the state’s list of historical places back in June.

Crabb made his comments on the “Ask the Mayor” program on AM-1300 KGLO earlier today. Listen back to the program by heading to the audio player below