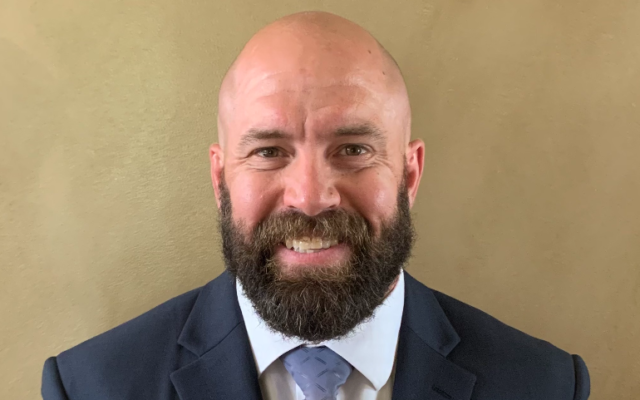 CLEAR LAKE — Clear Lake’s mayor is welcoming the first director of the community’s wellness center. Adam Long is currently the head strength and conditioning coach at Liberty Hospital Sports Medicine in Liberty Missouri and was recently selected by the center’s five-member governing board after an extensive search and interview process.

Mayor Nelson Crabb says Long is a great choice for the job.   “He has worked with a whole variety of community people with regard to wellness, from schools to fire departments to police departments to young people, high school athletes. A tremendous background that he has.”

Crabb says while Long doesn’t start his new job until later this month, he’s already been active in the Clear Lake community.   “He came up one weekend with his family and volunteered for the triathlon. Scott Flory and I spent the entire morning with him directing traffic together down on South Shore, traffic from the runners and the bicyclists in that three-part triathlon. What a great guy to be with, to communicate with. Very interested in what’s happening overall, and by the time he gets here on June 21st, he will know more about that.”

Crabb made his comments on the “Ask the Mayor” program on AM-1300 KGLO earlier today. You can listen back to the program and download it by heading to the audio player below