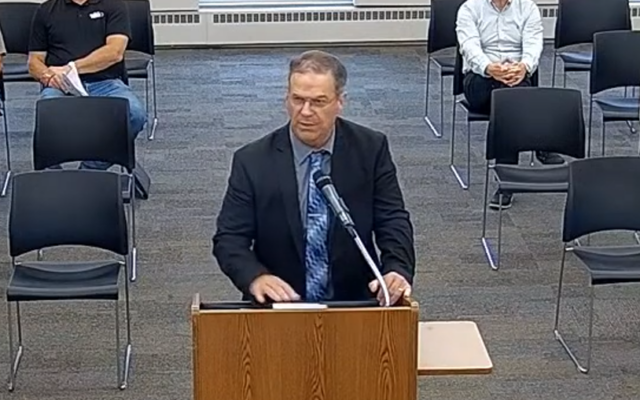 CLEAR LAKE — The Clear Lake Community School District’s superintendent says he’s happy to see a housing development proposed in the southern part of the community as it will help to put a dent into the city’s market-rate housing shortage.

The Clear Lake City Council on Monday night approved the first reading of an ordinance rezoning a seven-and-a-half acre parcel located at 2605 South Shore Drive to medium-density single-family residential, which would allow a Webster City-based developer the ability to construct twin homes or duplexes as well as single-family dwellings.

Doug Gee says not only has the lack of mid-level priced housing hurt when they hire new staff that can’t find a place to live, it’s hampered growth in enrollment. He says the number of students that are open enrolling from another district continues to grow, with many of the cases involving families who can not find affordable housing in Clear Lake.   “I would say that our enrollment would be up by another 150 to probably even maybe 200 kids, K-through-12, if we had the housing for it, just because they want to come to our school district and live in our community.”

Gee encourages city leaders to be aggressive in finding developers who want to construct new housing projects in the community.  “The thing to remember is other communities are doing it. They are aggressively seeking out ways to incentivize developers and families to move to the community. We’re probably one of the very few school districts in the upper northwest or northwest outside of the metro area that’s actually growing in enrollment. Less than 5% of the school districts in the Central Rivers AEA, which is Cedar Falls all the way up north of here, have grown enrollment in the last three years, and we are one of them. I’m just saying we need to be really aggressive about it to do that because we’ve got a great community.”

The council will consider the second reading of the zoning ordinance change at their October 17th meeting.