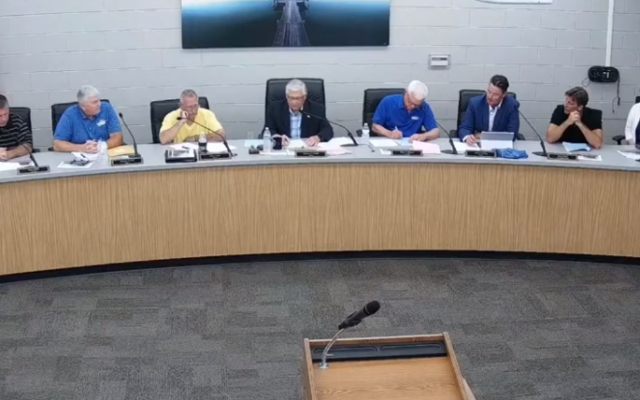 Jeremy Korenberg was approved by the council back in October to serve in the position while a search took place for a permanent replacement for Joe Weigel, who retired on September 30th after more than 30 years with the city. Korenberg prior to the appointment was the city’s operations and maintenance superintendent for about three years.

Mayor Nelson Crabb says he spoke with several public works employees over the past week who were pleased with the recommendation to promote Korenberg to the job full-time. “This past week, Jeremy took a few weeks of vacation, and I believe it was well worth his time to be away from it. I talked to a number of the public works gentlemen during that time. They were very, very pleased with our motion here on appointing Jeremy as the new director.”

Crabb says the workers have responded well to Korenberg’s leadership during the interim period.  “Jeremy gave them a list of things to accomplish while he was gone. This sounds a little different, but they were very pleased to have that list, and very pleased to carry out that work. That impressed me a lot. I think this is an appointment that will go over very well, not only with the workers, but with the community as well, and that’s the important part.”

Korenberg later thanked the council for approving his appointment.  “Thanks for the vote of confidence earlier. If you ever have any questions for me outside of council meetings, I have an open door, give me a call. Like I told Scott Flory, I listen to you and try to answer whatever questions you have. Nothing is always perfect, so we’ll figure it out and move on.”