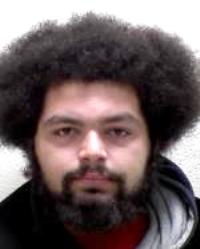 CLEAR LAKE — A Clear Lake man accused of sexually abusing a woman in her vehicle last year has pleaded not guilty.

24-year-old Issaac Watkins is charged with third-degree sexual abuse and invasion of privacy. Clear Lake police officers responded to a 9-1-1 call in the 2000 block of 1st Avenue South on May 6th regarding an unresponsive female inside a vehicle with the back door open. On arrival, the female became responsive and was transported to the hospital for a medical evaluation for a possible sexual assault.

Police say a witness identified Watkins as being the last person with the victim. Watkins told investigators that he was with the victim inside her car the day the alleged assault took place, but did not touch her.

Physical evidence from the scene was sent to the DCI Lab in Ankeny, with Watkins’ DNA allegedly being discovered on an article of the victim’s clothing. A search warrant allegedly turned up pictures of the victim and Watkins on his cell phone.