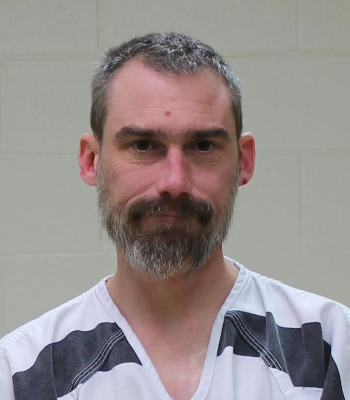 CLEAR LAKE — A Clear Lake man given a suspended sentence last year on a willful injury charge is headed to jail after violating his probation.

39-year-old Derrick Halverson was charged after an August 2020 incident at a home in the 200 block of North 11th Street where he grabbed a victim by the back of a head and pushed them to the ground. Halverson then took a pot of boiling water off a hot stove and poured it on the victim’s chest, causing severe burns. Halverson pleaded guilty to charges of willful injury causing serious injury and was given a five-year suspended sentence and placed on five years probation.

Probation violation reports show that Halverson was charged with domestic abuse assault against the same victim on March 17th and had violated terms of probation by positive alcohol test results. He also was found guilty in July of violating an active no-contact order by texting the victim over 100 times.

Judge Adam Sauer on Tuesday found Halverson in contempt and sentenced him to 190 days in jail and ordered him to complete a 14-month alcohol treatment program based in the Quad Cities.