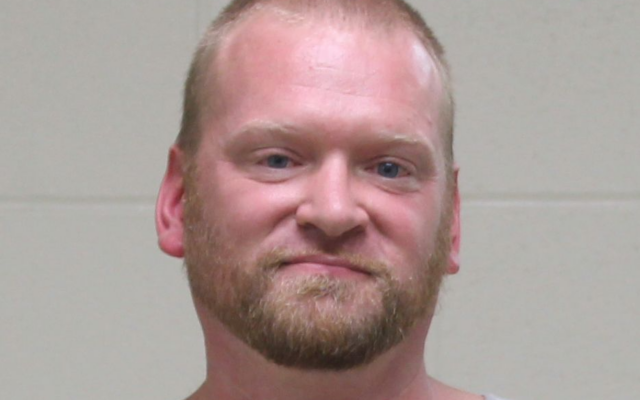 CLEAR LAKE — A Clear Lake man charged with two counts of attempted murder has been sentenced to five years in prison after a plea agreement with prosecutors.

Authorities say that in the early morning hours of May 28th in the 200 block of 7th Avenue South, 43-year-old Chad Gustin allegedly attacked a woman, choking her, punching her in the face, and threatening to kill her.

Authorities then say Gustin saw the woman the next night riding on the back of a motorcycle along North 8th Street, with Gustin running a red light in his pickup truck, trying to crash into the motorcycle twice as it tried to make it to the Clear Lake Police Department. Gustin apparently made contact with the motorcycle, but the rider managed to avoid most of the impact.

Gustin was charged with two counts of attempted murder, one count of domestic abuse assault, and two counts of contempt for violating a no-contact order.

As part of a plea agreement, Gustin pleaded guilty to two counts of intimidation with a dangerous weapon, a Class D felony.

District Associate Judge Karen Salic sentenced Gustin on Monday to five years on each charge, with those sentences to be served at the same time, but consecutively to sentences in three other felony domestic abuse cases.