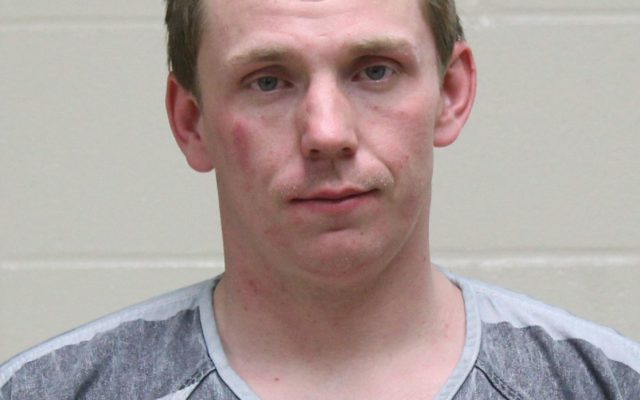 CLEAR LAKE — A Clear Lake man is in jail after a late night pursuit throughout Cerro Gordo County.

The Cerro Gordo County Sheriff’s Department says at about 11 o’clock last night, a deputy attempted to make a traffic stop near State Highway 122 and North 40th Street in Clear Lake for an equipment violation and for license plates not matching the suspect vehicle.

A pursuit lasting 13 minutes ensued, reaching speeds of 100 miles per hour at times. The pursuit took place through the rural parts of the county on gravel roads, 210th Street, Interstate 35, and US Highway 18, with the driver exiting Highway 18 onto Mallard Avenue. A deputy used a vehicle intervention technique to attempt to stop the pursuit. The suspect vehicle continued south on Mallard and crashed into the ditch at 230th Street.

Whitver was charged with eluding, carrying weapons, second offense possession of a controlled substance, operating while under the influence, possession of drug paraphernalia as well as other traffic violations. Whitver is being held in jail without bond until he’s seen by a magistrate.

The Sheriff’s Department says the incident remains under investigation and further charges are possible.