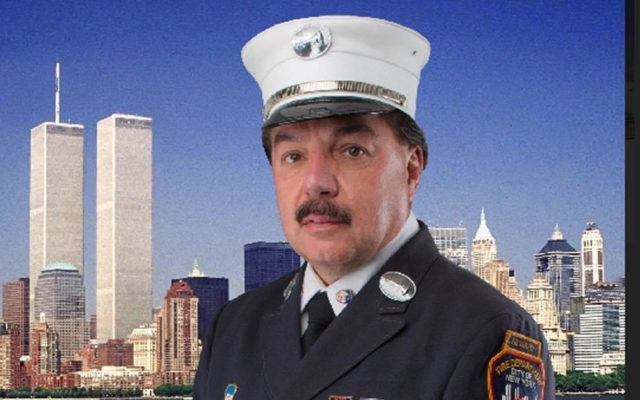 Lt. Joe Torrillo of the Fire Department of New York survived being buried twice at the World Trade Towers on 9-11. He is the keynote speaker for a 9-11 memorial event in Clear Lake Saturday evening

CLEAR LAKE — The Clear Lake Fire Department will be hosting a program Saturday evening on the 20th anniversary of the September 11th attacks.

Assistant fire chief Mike Keefe says there will be events during the afternoon and evening around the fire station. “We made the program to start at 6:00, but we’re going to be around the station all day. Starting at 2 o’clock we have departments coming in. The program will be right at 6 o’clock. The high school band and choir will participate. We’ve got the VFW going to participate with a flag-raising ceremony. Hopefully we’ll have a flyover. We’ve got some special people who are going to be carrying out some of our helmets. After that we’re going to have our procession around the lake.”

The keynote speaker for the event is Lt. Joe Torrillo of the Fire Department of New York, who survived being buried twice at the World Trade Towers on 9-11.

11 members of the Clear Lake Fire Department went to New York in 2007 to retrieve a piece of the World Trade Center steel which is on display as part of a memorial in front of the fire station.