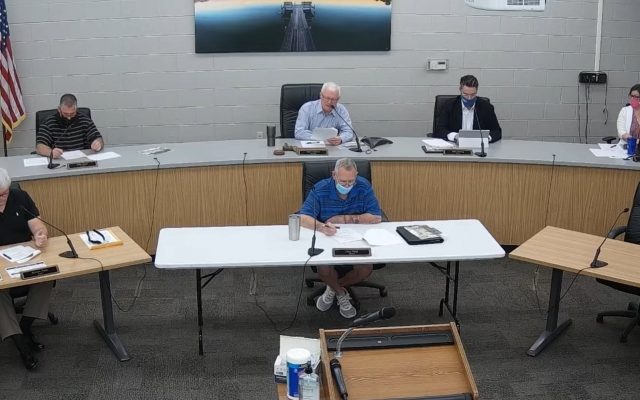 CLEAR LAKE —The Clear Lake City Council last night approved setting the date for a public hearing on the proposed development agreement for a section of the Courtway Park subdivision. The council at their March 15th meeting approved a letter of intent with Momberg Land LLC for the Starboard Square project on lot three of the subdivision, just south of the new Marriott hotel.

City Administrator Scott Flory says the agreement would provide property tax incentives to the developer.  He says they would be paid out over seven years at a total not to exceed $225,000. The commitment to make those payments will not be from general revenue but would be paid solely from incremental property tax revenues generated within the Clear Lake Consolidated Urban Renewal Area. The city would also agree to add water and sanitary sewer service into the project footprint or to reimburse the developer for the cost of such construction in an amount not to exceed $50,000.  The city also would reimburse Momberg Land for engineering, legal and other related expenses for an amount not to exceed $15,000.

Councilman Bennett Smith says with the possibility of inflation looming in the future and construction supply shortages that Clear Lake wants to move forward with projects like this. “ I think it’s so important that we move our projects along at the fast pace that we have, and the preparation, Scott does a fantastic job of doing that I think. I think we’re very fortunate given the potential inflation in the pipeline that we’ve been able to move on some of these projects and issue some of the debt that we’ve issued. I think it’s going to be interesting to see how that plays out, but I just think we’re very fortunate to have a project like this starting and moving forward.”

The project received site plan approval from the city’s Planning & Zoning Commission at their March 30th meeting. The council approved setting their April 19th meeting as the date for the hearing.