CLEAR LAKE — The Clear Lake City Council last night reviewed a proposed letter of intent with the Clear Lake Community School District on the proposed wellness and recreation center project that would be constructed just south of the current high school gymnasium.

Flory says the school district would lead the design and construction phase and be the lead financing entity for the project.   “In terms of the financing of the building, the school will construct and own the center, and will be the lead financing entity for the overall project. The city, subject to all the statutorily required things that we have to go through, would propose to issue a $700,000 general obligation bond and also a $300,000 contribution from the general fund in support of the project, primarily for costs associated with the elevated walking track, multi-purpose rooms, indoor playground rooms, and areas and other amenities that may yet be determined.”

The approximate cost of the rec center is just over $10 million. The rest of the funds from the $17 million bond issue that school district voters will decide on March 3rd would be earmarked for other projects at each school building as well as at Lions Field. The Clear Lake council will likely vote on the letter of intent at their December 16th meeting. 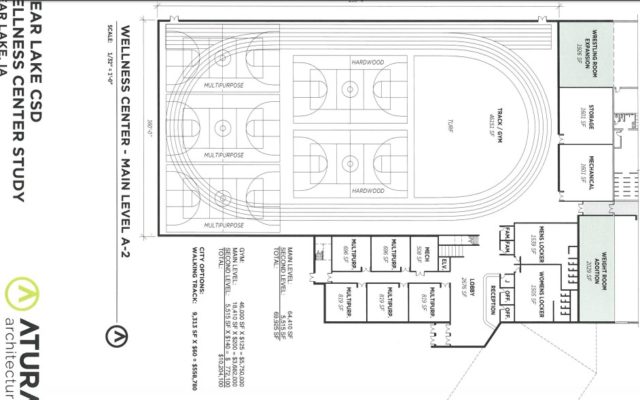