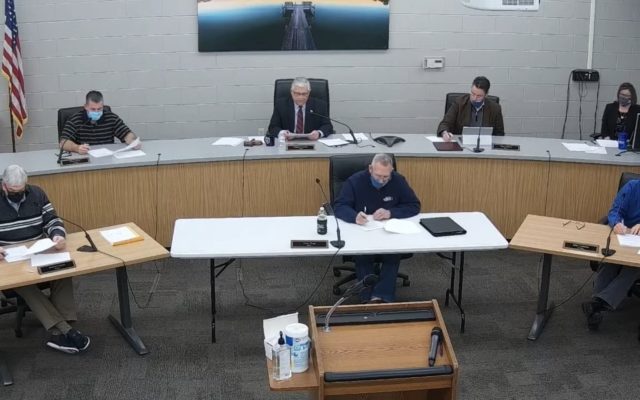 CLEAR LAKE — The Clear Lake City Council Monday night approved the first of three readings of an ordinance to rezone the former Sunset Elementary School building so it can be used by the Clear Lake Classical private school as their new building.

The building’s owner Dolly James LLC of Cedar Falls requested that the property be rezoned from public to medium-density single-family residential so it could be used as a private school. The city’s Planning & Zoning Commission last week voted to recommend the change to the council. Nobody spoke against the proposal during a public hearing prior to last night’s vote.

Councilman Bennett Smith offered his support at last night’s meeting.  “I think that it’s a very positive thing for the community and the Clear Lake Classical School in the opportunity for them to be there. I think it would be again wise for us to go ahead and follow the P&Z recommendation and I will support changing the zoning.”

Councilman Mike Callanan said the city has to approve the zoning change since the property is no longer owned by the school district.  “This one seems to do the least amount of negative impact to the neighborhood and basically allows for the continuance of the school at the same time. So yeah, it seems to make a lot of sense to me.”

The council must approve the zoning change at their next two meetings prior to it taking effect.

The Clear Lake Classical School must also apply for a conditional use permit with the city’s Board of Adjustment to operate the facility.