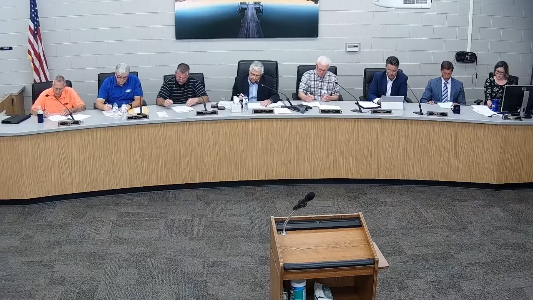 Alliant Energy had informed the city that they plan to do utility work in the alley north of Main Avenue between North 4th and North 5th Streets in order to accommodate the electric services for the new businesses going in at the former Thrifty White building and other needs. As a result, Alliant and the city have discussed taking the opportunity to proceed with additional city utility work in the alley, with Alliant agreeing to reimburse the city for 50% of the pavement restoration costs.

City Administrator Scott Flory says the project will be able to address a number of improvements. “While we’re at it, we’ve got some storm sewer there that we could reposition and maybe accommodate better. The roof drains that dump into that alley. The proposed project would be similar to the project we did a few years ago between Starboard Market and Clear Lake Bank & Trust, and utilize some decorative stamped colored concrete in that alley, with the bollards that are lighted and lockable and removable. So it would be a nice clean up for that alley.”

Flory says the project would also include burying power lines.  “There’s some really large overhead power poles in that alley, three or four of them, and those would all be buried now as part of this project, so those would no longer be present in that alley. It would dramatically improve the aesthetics of that portion of the community downtown for sure. “

Flory says it’s another good opportunity for the city to make improvements to a downtown alley.  “It’s probably one of those where we would also be looking at like we did at Starboard. If you remember years ago, that was a drive-through alley, so we replaced the curb and gutter section along there, and added I think about three parking stalls down there as well. We’d probably be able to do that here as well, add some additional parking. I think it would be important with the new businesses going in there, but again really clean up that alley, make an opportunity for some outdoor activities and things to take place out there too.”

The total project is estimated to cost $100,000, with Alliant reimbursing the city about $20,000. The anticipated bid letting date for the project would be September 2nd, with construction starting on September 13th and being completed by November 12th. The council approved the professional services agreement with Veenstra & Kimm in an amount not to exceed $16,250.