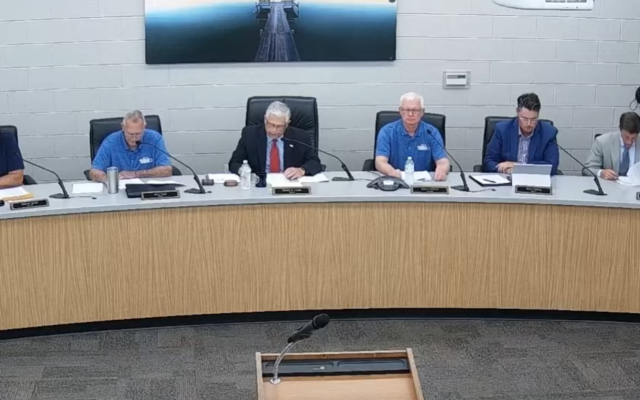 City Administrator Scott Flory says the city received no bids for the project, which included reconstructing the alleys in the 600 block of Buddy Holly Place and the 400 block of Main Avenue. Flory says by Iowa law, the only options were to either re-advertise taking bids or decide not to undertake the project.   “There’s no exception in Iowa law that will allow us to avoid the statutory requirements due to a lack of bids. In some cases, you might say let’s find some contractors and negotiate out a price, but we’re not allowed to do that under Iowa, so we don’t have any options other than just to simply re-bid the project or abandon the project.”

After consulting with eight prospective bidders on why they didn’t place any bids, Flory says the city decided to break out both projects, doing the Buddy Holly alley this year and the Main Avenue alley next spring. Jason Petersburg of the engineering firm Veenstra & Kimm says one of the concerns raised by contractors was utility work to be done on the Main Avenue alley project, while there’s not any of that type of work on the Buddy Holly alley project.  “It’s going to be more effective and allow us to get one of them done this year. There wasn’t any utility work in the alley behind Buddy Holly. Alliant Energy does have some work to do in there, that is a little bit of a concern. I talked with Alliant about it Tuesday. To date, they’ve been focusing on the Thrifty White alley, getting all the work done there, getting all the materials ordered.”

The council last night approved re-advertising and re-letting the Buddy Holly Place alley project immediately, with a letting to be held on September 16th and the council considering approval of a contract at their September 20th meeting. The Main Avenue project will be let for bids this winter with a late spring construction start and completion prior to June 1st.