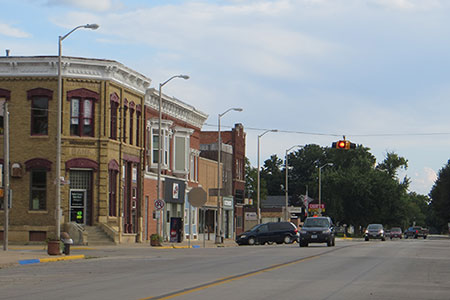 CLARKSVILLE — A Butler County mayor says the illegal drug trade is moving into small towns. Val Swinton he wasn’t quite aware of how bad the problem was until he became mayor of Clarksville.

“I hear stories about other small towns in the area and how drug dealers are moving into these areas,” he says. “I think it is a very serious problem.”

According to Swinton, meth is the primary illegal drug being sold and used in and around Clarksville. The Governor’s Office of Drug Control Policy reports the number of illegal meth labs discovered by law enforcement is at a 12-year low, but there is an all-time high of nearly 10,000 meth-related admissions to treatment facilities. Swinton says Clarksville’s police force of two full-timers and one part-timer is cracking down.

“The initial solution is to do what our police chief is doing and that is to go after them with a vengeance. He just does not tolerate drug dealers in town. If he hears of them and can build a case, he will and for that I have a tremendous amount of respect for him,” Swinton says. “The other cure is to eliminate the desire for it. You know, it’s kind of been romanticized in some areas.”

Swinton sees the legalization of marjuana in a growing number of states as a major factor in the demand for illegal drugs.

“I believe that our government is sending a message that drug usage is not that serious, I mean, let’s just go ahead and legalize the use of what was considered an illegal drug — marijuana,” Swinton says. “And I believe that leads to more serious problems.”

The use of meth and opioids like heroin are at an all-time high in Iowa according to the state Office of Drug Control Police. Communities with fewer than 10-thousand residents are also seeing an increase in violent crime as well. The latest federal data shows violent crime rose 12 percent from 2014 to 2016 in Iowa towns with fewer than 10-thousand residents.