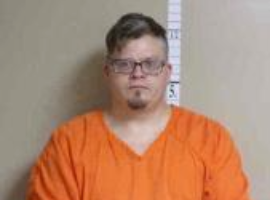 CHARLES CITY — A Clarksville man convicted of multiple sexual abuse charges in Floyd County has been sentenced to 100 years in prison.

41-year-old Joshua Knutson was accused of committing sexual abuse on numerous occasions between 2009 and 2012 at a residence in Charles City, assaulting a juvenile relative multiple times.

Knutson chose to have a bench trial in April instead of a trial by jury, with District Judge Gregg Rosenbladt announcing the verdict in July, convicting Knutson on four counts of second-degree sexual abuse, a Class B felony, and one count of incest, a Class D felony.

Rosenbladt on Tuesday sentenced Knutson to 25 years on each second-degree sexual abuse count, with the sentences to be served consecutively for a total of 100 years, and sentenced him to five years on the incest charge, which would be served at the same time as the other sentences.

Knutson must serve at least 70% of his sexual abuse conviction sentences prior to being eligible for parole.