Chickadee Checkoff could be hurting due to COVID, and so could Iowa’s wildlife 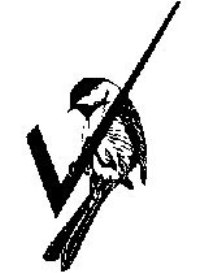 DES MOINES — Many Iowans have seen their income impacted by COVID-19 in the past year and it’s raising fears at the Iowa Department of Natural Resources that the state’s Chickadee Checkoff could see a drop in donations this year.

Stephanie Shepherd, a wildlife diversity biologist at the D-N-R, says the checkoff — officially known as the Fish and Wildlife Trust Fund — relies on donations via a line on state tax returns. “Things are going to be harder for folks,” Shepherd says. “Absolutely, that’s going to impact the ability for them to donate and that’s totally understandable and fine, but I think we have a nice core group of people who donate and I’m sure if they can, they will continue to contribute to wildlife conservation.”

On tax forms last year, around 72-hundred Iowans donated about 150-thousand dollars to the fund. That’s only about one-half of one-percent of all Iowa taxpayers. Shepherd notes that every penny donated is sent directly to the fund and there are no administrative costs.  “It goes into our Fish and Wildlife Trust Fund here at the DNR which means that it is protected and must be spent on fish and wildlife. It can’t be spent on anything else, trails, outdoor recreation or anything like that,” Shepherd says. “One-hundred percent needs to be spent on fish and wildlife.”

The money goes directly to habitat development and restoration programs for some of Iowa’s most vulnerable animal species, she says. Unlike game animals which are hunted, like deer or pheasants, the fund is specifically for non-game species. “Everything from songbirds to bumble bees to bald eagles, that’s the kind of stuff we’re working on, day in and day out,” Shepherd says. “The Chickadee Checkoff is one of our major sources of funding to do that work and make sure those species are healthy and doing well in the state.”

There are more than one-thousand non-game wildlife species in the state, including creatures like salamanders, barn owls, turtles and monarch butterflies. Donations can be made in any amount starting at just one-dollar.

The checkoff is on line 57 of Iowa Tax Form 1040, and it’s either automatically deducted from the refund or added to the amount owed. Shepherd says if every Iowa taxpayer donated a buck, it would mean one-and-a-half million dollars for wildlife and natural resources.