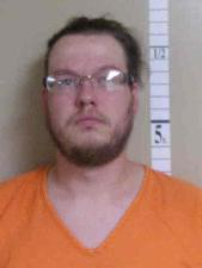 CHARLES CITY — A Charles City man faces multiple felony charges after being accused of stealing money from his dependent grandmother.

A criminal complaint says 33-year-old Casey Olson was the power of attorney for his grandmother who is a resident of a local nursing home. From October of last year to March of this year, Olson is accused of withdrawing approximately $15,000 from her bank account, as well as cashing in certificates of deposit that were valued at around $17,000.

The complaint says he wrote checks and used a debit card for numerous personal items for himself, while his grandmother only gave him permission to pay her few bills, utilities and taxes. Those bills were estimated at about $500 a month while the taxes were just under $500.

Olson has been charged with first-degree theft, a Class C felony, as well as dependent adult abuse by exploitation, a Class D felony. If convicted of both charges, Olson could face up to 15 years in prison. He’s due in court for his preliminary hearing on August 18th.