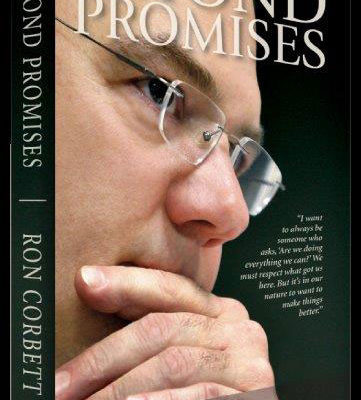 DES MOINES — A candidate for governor who’s been traveling the state since June – handing out a book with his prescriptions for fixing state government — faces a formal challenge to his bid to have his name on the Primary ballot.

The founder of “The Iowa Republican” website is challenging Ron Corbett’s paperwork to qualify as a Republican Primary challenger to Governor Kim Reynolds. Craig Robinson, who is also a former Iowa GOP political director, says Corbett has too many duplicate signatures in his nominating petitions.

Corbett is a former state legislator and the former mayor of Cedar Rapids. Corbett submitted his petitions last Friday, just an hour before the deadline.

People have until this Friday to challenge whether the petitions have the required number of signatures. Iowa’s secretary of state, attorney general and the state auditor make up the panel that will review the challenge and decide whether Corbett qualifies for the June ballot

“We are confident an official review next week will find in our favor,” Corey Crowley, Corbett’s campaign manager said. “Establishment insiders with deep ties to Governor Reynolds have tried everything they can think of to derail Ron’s campaign and protect the status quo.  This is their latest attempt to prevent a fair and open primary.”