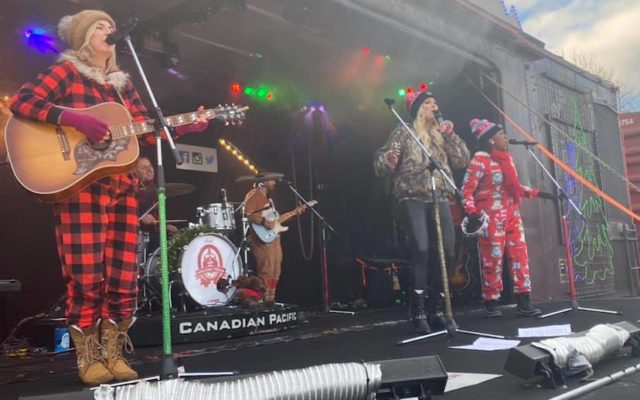 Bill Schickel says the railway’s 21st annual tour through the United States and Canada to raise money, food and awareness for food banks and hunger issues will stop at the Canadian Pacific Depot at 904 South Pennsylvania tonight at 7:45.  “Railroads are big deal in Mason City. It’s a free event with a lot of good Canadian entertainment. I’m looking forward to it. You can make a donation to the Hawkeye Harvest Food Bank. Railroads provide a lot of good paying jobs in Mason City and throughout the state of Iowa, and they provide very efficient and energy-efficient transportation, so this will be a great event.”

The Holiday Train will also be performing at the intersection of Main Street and Grand Avenue in Charles City tomorrow morning at 8:30.