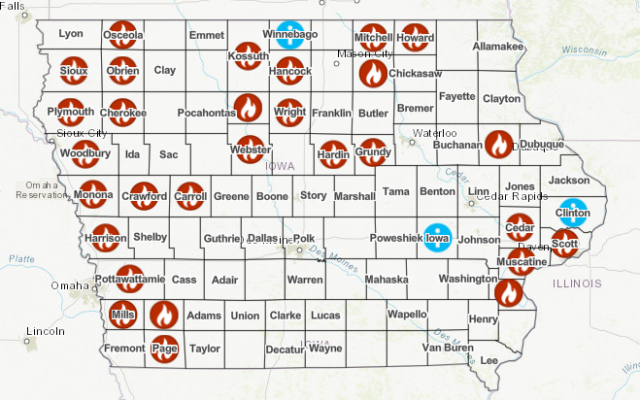 FOREST CITY — The burn ban implemented for the residents of Winnebago County has been lifted. The Winnebago County emergency management authorities had the ban in place, but it was lifted at 9 o’clock this morning.

Forest City Fire Chief Nathan Nelson says despite the ban being lifted, people should continue to be mindful that conditions are still favorable for fires that are not controlled. He says you need to call and report your controlled burning to your local sheriff’s department before burning and when you are completed.

As of this morning, five other north-central Iowa counties still had burn bans in effect. Those counties were Mitchell, Floyd, Wright, Hancock and Kossuth counties. There are 29 counties in Iowa that currently have a burn ban in place.