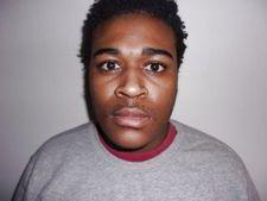 NORTHWOOD — A Britt man placed on probation on a sexual abuse charge has been order to serve jail time after violating the terms of his probation. 2

3-year-old Devonta Hinton was accused of sexually assaulting a 14-year-old girl in the early morning hours of July 30th of 2019. Manly police said that an officer saw video evidence of a sexual act on a cell phone that the girl owned.

Hinton pleaded guilty to third-degree sexual abuse a year ago April and was given a deferred judgment and sentenced to three years probation and placed in the Beje Clark Residential Center in Mason City.

The Department of Correctional Services filed a violation report in Worth County District Court last month, alleging that Hinton violated rules of the facility numerous times since January.

District Judge Christopher Foy this week found Hinton to be in contempt of court, sentenced him to 30 days in jail with credit for any time served, and ordered him to reside at a residential correctional facility for 180 days.