Both bumpy and bright spots in Iowa’s economy this decade 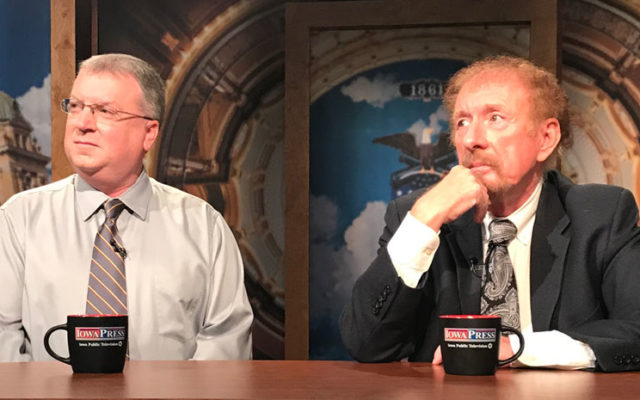 DES MOINES — Economists taking stock as Iowa enters the 2020s indicate this decade has been a “bumpy ride” for key sectors, like agriculture and technology. Iowa State University ag economist Chad Hart says there were about 93,000 farms in Iowa in 2007.

“In 2017, they updated the Census of Agriculture. We only had 86,000, so we have seen the number of farms shrink,” Hart says. “That means the average size of the farm has grown…It takes more money to farm these days. We’ve seen incomes rise, but we’ve also seen expenses rise.”

The other thing that’s rising is the number of farmers who have off-the-farm jobs, according to Hart.

“We have some farm families that are surviving by not necessarily growing the farm, but relying upon the farm as part of the portfolio of their economic activity,” Hart says.

“This presents challenges but opportunities,” Goss says. “One other factor that Iowa has been pretty successful historically in attracting workers from other nations. That’s legal migration and, of course, that’s slowed down pretty dramatically over the last couple of years.”

“In contrast to the nation, we have more people working in construction than we did before the ‘Great Recession,’” Swenson says, “and our manufacturing sector has recovered to close to what it was prior to the recession.”

But Swenson says while the state’s unemployment rate is historically low, overall job growth in Iowa lags behind most other states.

“We have fewer fast-growing sectors in our economy compared to the nation,” Swenson says. “Our information sector contracted sharply, but the subset of that information sector — for example, IT — it also contracted. Whereas nationally IT and IT-related business opportunities are growing and especially in hot spots like Seattle and the San Francisco area and Denver and places like that.”

Goss, the Creighton University economist, regularly surveys purchasing managers and bankers in Iowa and other Midwest states. He’s concerned by the declining number of independent banks.

“That becomes a real challenge for lending in the area as farmers, manufacturers, individuals don’t have a source for borrowing or savings in a bank that’s locally tied,” Goss says. “Those banks that are independent, community banks — they understand their customers.”

According to the State Banking Division, about 30 state-chartered banks closed between 2011 and 2018 and more than 50 federally-regulated community banks closed during that period. Those trends are happening in other states as well.

Iowa ranks 30th overall in terms of economic output. According to the latest federal data, the state’s gross domestic product rose just over one percent in the second quarter of this year.