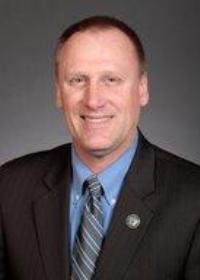 DES MOINES — There’s a move in the Iowa Senate to change the definition of a circus.

Last year, the elephant rides at the Mississippi Valley Fair in Davenport were cancelled. It’s against the law. The bill would change that.

“This will allow a person who owns an elephant to offer controlled rides on the elephant,” Senator Mark Costello explained as he convened a small group Thursday morning to review the bill.

Senator Zach Wahls was there.

“A single exemption for elephants,” Wahls said, as he scanned through the bill. “There won’t be any tiger rides or anything happening.”

“As a youngster, I do remember riding an elephant at a circus,” Edler said.

It was legal in Edler’s youth, but a state law passed in 2007 classified elephants as “dangerous wild animals.” People for the Ethnical Treatment of Animals says elephants are abused by circuses and PETA complained to state officials that the law wasn’t being followed. The state veterinarian then sent out the notice that elephant rides are not allowed in Iowa.