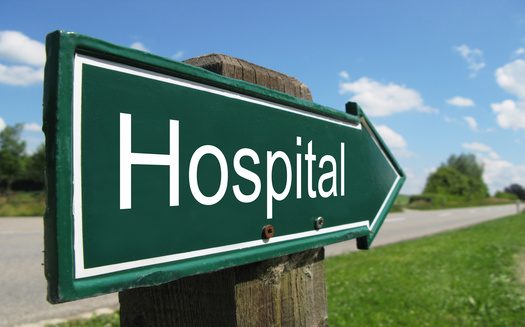 DES MOINES — A bill introduced in the Iowa House would set up a state licensing process for “rural emergency hospitals.”

Federal rules now let small rural hospitals discontinue in-patient care and just provide an emergency room and outpatient services. Representative Martin Graber of Fort Madison says this could be a financial lifeline for more than 30 small Iowa hospitals where very few patients are being admitted for an overnight stay.

Keokuk’s hospital closed in October and Graber says a stand-alone E.R. would be a viable alternative in the community.

“Blessing Hospital has said they’d be interested in it,” Graber says, “and they’re the logical ones.”

Blessing Health, based in Quincy, Illinois, closed its 49-bed Keokuk hospital September 30, 2022, due to operating losses and low demand for in-patient care. The Rural Emergency Hospital license Graber and others are working on would increase the government’s reimbursement rates for Medicare and Medicaid patients treated in an emergency room.

“To make sure we have a place so that if one my constituents down in Keokuk shows up and they’ve had a stroke or they’re having a heart attack or some major problem, we can get them treated,” Graber says.

Once a critical patient is stabilized in a Rural Emergency Hospital’s E.R., Graber says they’d be transferred to in-patient care elsewhere, while patients with less acute emergencies could be quickly treated and discharged.