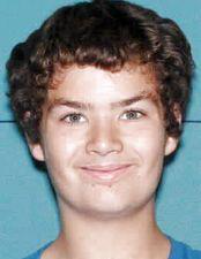 CLEAR LAKE — A Belmond man has been sentenced to just over a month in jail after stealing a vehicle and leading authorities on a high-speed pursuit.

20-year-old Kyle Cook had been charged with second-degree theft and eluding after Mason City police had a report of a stolen vehicle in the early morning hours of January 28th, which about an hour later was observed by a police officer in the parking lot at McDonald’s in Clear Lake.

When the officer tapped on the vehicle’s window, the suspect drove off. After a lengthy pursuit westbound on US Highway 18, the driver lost control of the vehicle and went into the ditch where the suspect surrendered.

A criminal complaint said a passenger in the vehicle admitted that the suspect had stolen the vehicle and had gone out with the intent to steal a vehicle.

As part of a plea agreement, Cook recently pleaded guilty to the reduced charge of operating a motor vehicle without the owner’s consent as well as eluding, both aggravated misdemeanors. Judge Karen Salic sentenced Cook on Monday to a total of 39 days in jail and ordered that he pay $2550 in restitution to the vehicle’s owner.